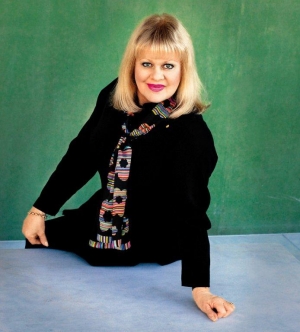 Patricia Amphlett (Little Pattie) today is as energetic as she was when she took a strong hold on the Australian music scene in the mid sixties as a bright fourteen year old school girl from Sydney.

With a succession of hits including "He's my Blonde Headed Stompie Wompie Real Gone Surfer Boy" and "Stompin' at Maroubra" and as a long standing member of the Bandstand Family, Pattie established herself as a prominent force in the Australian music industry.

Her musical talents are credited with many industry awards including Best Female Singer. Most Popular Female Performer, TV Logie for Best Teenage Personality and a succession of Gold Records.

A definite "all rounder" in the music and entertainment industry, Pattie's talent spans a broad spectrum from writing, producing and performing shows for children, hosting charity and corporate events, presenting variety and games shows, to performances of the works of the more serious twentieth century composers. These performances of songs written by Gershwin, Cole Porter etc., earn her tremendous respect from her peers.

It is the popular music of the Swing Era which is another part of Pattie's success story. She sang with the Bob Barnard Band when they represented Australia at the World Expo in New Orleans.
Her CD "Moments like This", a collection of her favourite standards has been acclaimed both here and in the U.S.

Many times Pattie has represented her country overseas, including performing on the Ed Sullivan Show on television in the U.S.

In 1990 Pattie was the first Australian singer to perform concerts throughout China.

Later that year she was an Australian ambassador again in Osaka, Japan, singing with the legendary Graeme Bell All Stars.

At age seventeen, Pattie was the youngest Australian to entertain our troops in Vietnam. She was evacuated from the Australian Task Force Base in Nui Dat, when the famous battle of Long Tan began. Since then she has devoted much of her time to Vietnam Veterans, donating her services at many fundraising concerts and special events for the Department of Defence and the Department of Veterans' Affairs.

Pattie maintains a high profile in the music industry, with many live performances at Festivals, Corporate Events, Clubs and Television shows.

Her energy and passion extend to all of her involvements which include her position as the Federal President of the Media, Entertainment and Arts Alliance, a position she has held since 2002.

Pattie has a strong commitment to music education. She is a consultant for the NSW Government's Talent Development Project.

Little Pattie continues an impressive track record in the music industry. She is a true professional and a much loved Australian performer.

“I know we are a caring society but at times we overlook the needs and concerns of our Military Families. I fully support this initinative”.