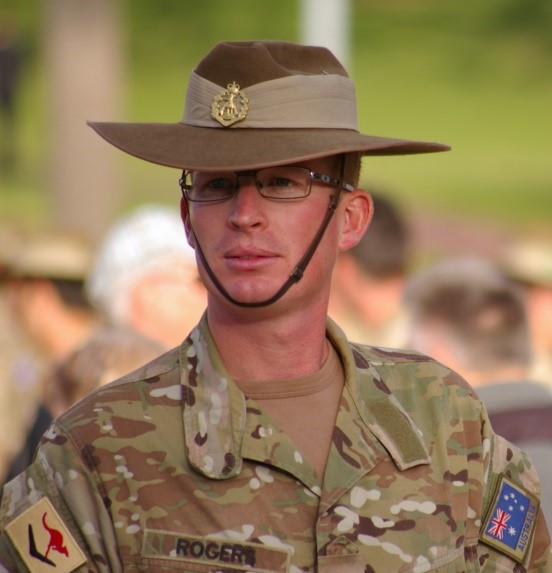 Those at AFOM are delighted to have Mark Rogers come on board as an Ambassador.

Enlisted in the Australian Army in May 2005. On finishing his basic training at Kapooka and Singleton School of Infantry, Mark was posted to Delta Company 6 RAR at Enoggera.

In September 2006 he was deployed to Timor Leste with Delta Company 6 RAR.

Mark was then again deployed with 6 RAR Delta Coy to Iraq on Operation Catalyst from November 2007 to June 2008.

In 2013 Mark was posted to 7 RAR in Adelaide and again was deployed overseas to Oruzgun Province in Afghanistan. Marks role with his unit was as the Combat First aider. October 2014 Mark Was awarded a Bronze Citation for “ saving the life of five Afghan Nationals in extreme weather conditions after an IED explosion, one of the wounded being Governor of Gizad".

Today Mark has retired from Full Time Service but is still active within the Caboolture Reserve Unit. He is currently Studying at the Sunshine coast University in Paramedic Science and is also active in the Caboolture wood Workers Club.

Mark is passionate about Military Personnel and their families