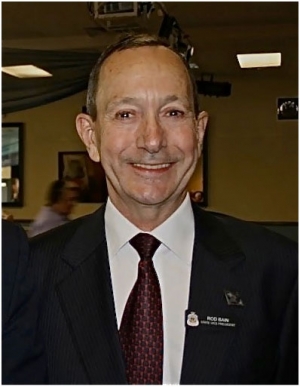 University of Queensland Medical School graduate. Royal Colleges of Anaesthesia and Intensive Care Fellowships from both Australia and the UK.

Dr Bain served in the Royal Australian Navy from 1966 to 1973. The major portion of his time was spent in sea going appointments. In 1969 he also served ashore with the RAAMC. At 1st Aust Field Hospital in Vung Tau in Vietnam. Discharge from the RAN was followed by a number of years of specialty training at leading teaching hospitals in Australia and the UK. Commenced setting up the Department of Anaesthesia at Westmead Hospital in Sydney 1977, but chose to begin Private Practice on the NSW Central Coast and not stay with an academic career.

He's had a long term involvement with the National RSL Executive as their Medical Adviser and works closely with the Dept. of Veterans' Affairs on a number of service related health committees. His special interests include contemporary mental health research and pharmaceutics along with family related Defence Community problems.

On becoming a Director on AFOM he believes wider recognition can be given to the following facts:

Adequate funding and coordination for research into the Health and wellbeing of partners and families of Australian Military personnel is required.

Previously - assistance in these fields has been limited.

It has become essential for us improve outcomes in these areas of care and prevention of mental health and psychosocial problems. As well we must promote and raise awareness of the much needed research into the health and wellbeing aspects of families from the Australian Military within Australia. AFOM aims to do that.